UK Registration No. Not Known

I discovered this Ashley 750 in September 2013
advertised on Carandclassic.co.uk
by the owner Ivan Ruffilli of Italy.
His advert was:

I SELL ASHLEY 750 MK1 BARCHETTA OF 1957, IN GOOD CONDITION OF BODYWORK IN THAT FIBREGLASS THEREFORE FREE FROM RUST.
SIMPLE AND EASY RESTORATION FOR A TIME PIECE FOR CONNOISSEURS.
DIFFICULT TO FIND A PROJECT SO VERY GOOD EXAMPLE, TO BE RESTORED MECHANICALLY. CYLINDER HEAD IN ALUMINIUM BY CAMBRIDGE LTD, WITH DOUBLE MANIFOLD & TWO S.U.CARBURETTORS, ALSO WATER PUMP.
VERY RARE AND PARTICULAR CAR OF ITS KIND, ALSO ELIGIBLE IN MANY HISTORICAL EVENTS AND INTERNATIONAL COMMEMORATIONS.
HISTORICAL DOCUMENTATION OF THE CAR, AVAILABLE WITH MANY PHOTOGRAPHS AND SOME ORIGINAL ENGLISH MAGAZINES FOR REFERENCE RESTORATION OF THE VARIOUS PARTICULARS.


He also included the photo's below. 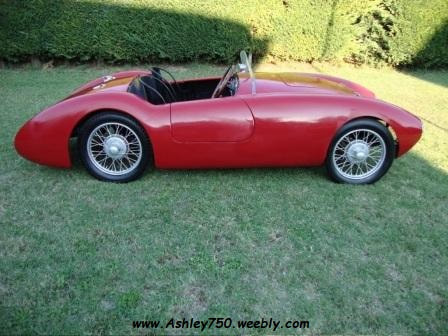 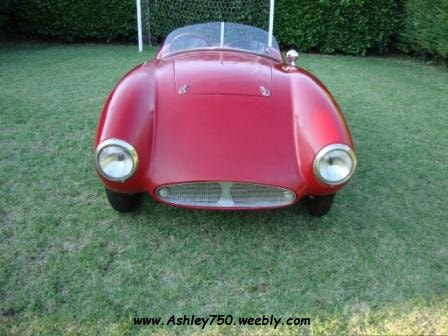 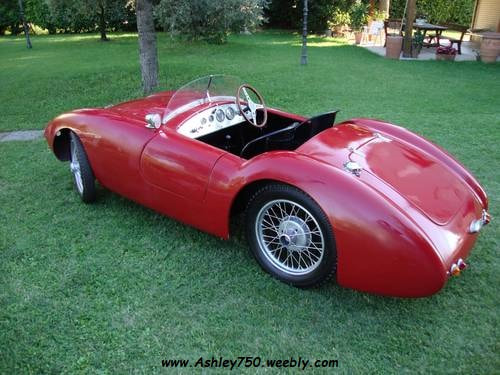 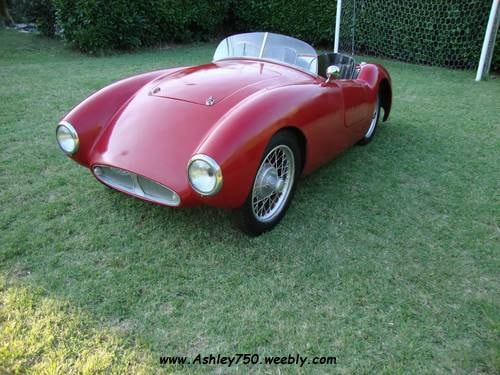 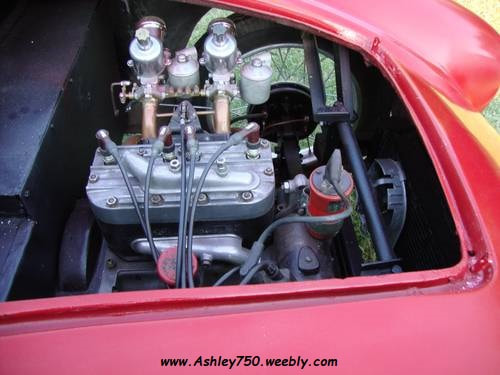 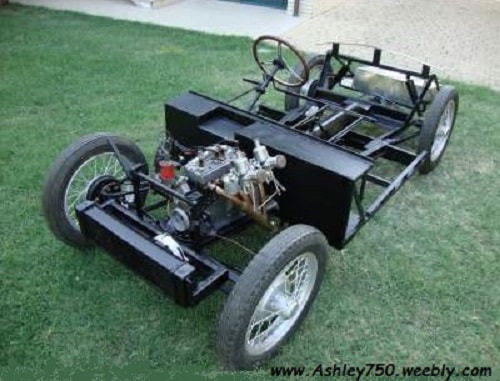 ​
I contacted Ivan and we exchanged a few emails, he had purchased the Ashley in November 2008 from England and restored the car it was a project since 2009, as he had acquired it in bits
it was a chassis and a partial damaged shell,
with no number plates or papers, just some parts
invoices dating the car to 1957.
The seller was a Jack Amies, from Summertown, Oxford, England,
I wrote to Jack at his address hoping to find out if it had ever
been registered in UK but never received a reply.
That was in February 2015 and it was
not until 10 months later that I had an email from Italy
with further information.

The email was from Pierangelo Scaffidi:
Hello,

I’ve just become the happy owner of an Ashley 750 sports car dating 1956 (see attached photo's). I’ll start to restore it soon and I’d be glad to count on you in case I need some information about how to restore it properly.
The engine has a Cambridge cylinder head, was it used for all 750's? Which was the dashboard type and brand? Do you know any publications describing this car model? Do you know the number of models produced?
I would be glad to keep in touch with you.
As soon as I register my Ashley, I’ll send you some photo's with registration numbers to put on your website and some more photo's about the restored car.
If you don’t mind, I’ll contact you again in case I need some more clarifications about car restoring.
Thanks again!
Regards,
Pierangelo Scaffidi 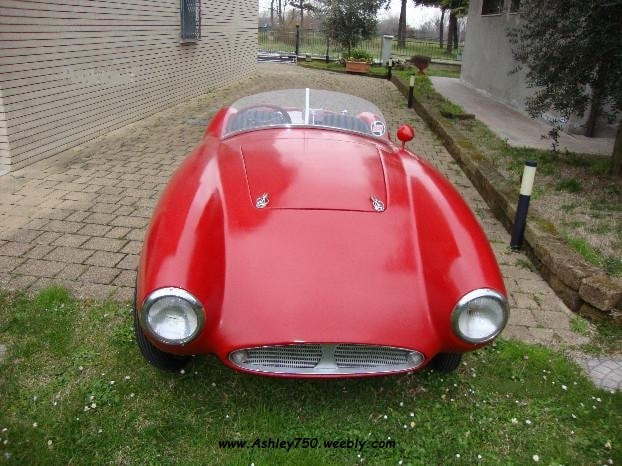 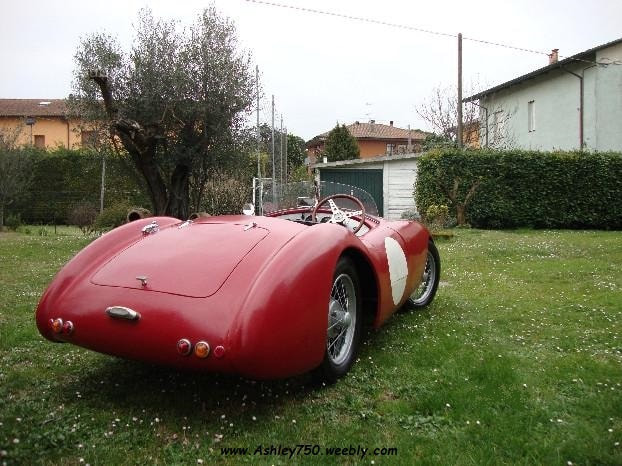 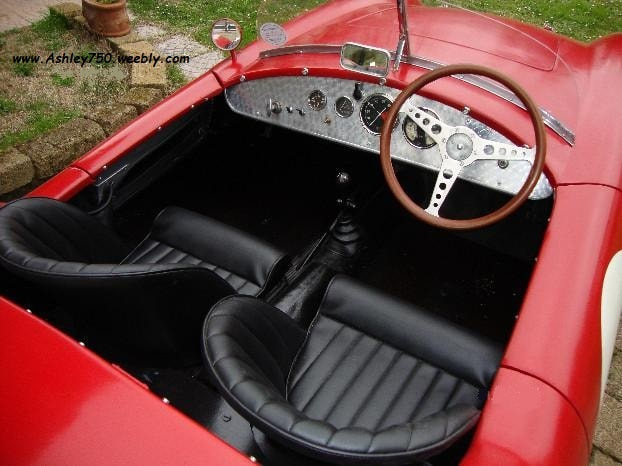 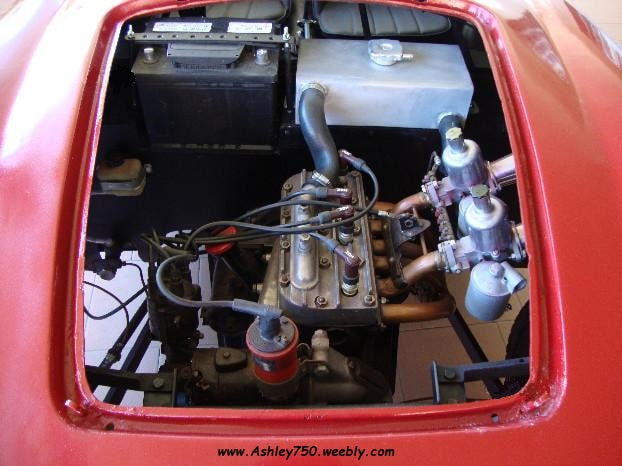 I replied of course and tried to explain what SPECIALS were:
Pierangelo, Please watch the video clip I have on my website at:
http://ashley750.weebly.com/ashley-750---gn-3105.html
it shows the the building of a Ashley 750, and as you will see there was basically only the Austin 7 chassis and a few bracket to hold the bodyshell on to it.
There were no floors supplied, dashboards or seats, it was just a case of what you had or could get cheaply, like plywood floors cut to the shape required, a plank of wood for a dashboard or sheet of Aluminium (if you had any) cut and fitted in with f/glass, seats from an old car cut down
to fit, all stuff like that.
Remember it was not many years after WWII and things in UK were not very plentiful, so we made do with what we could get, that's why specials came into being as all the steel was going into new cars for the Export market, the home market had to make do with old pre-war cars and then along came f/glass and the Specials era began.
So No, not all Ashley 750's used Cambridge cylinder heads and the other parts were all as you found them.
Take a look though all my Ashley 750 photo's on the website and you will see all different bits and pieces used to make up the
interiors and motors, etc.
It is generally believed that around 500 Ashley 750 bodyshell's were produced between 1955 and 1961, but there are not that many
surviving today.

It was not until  October 2018 that I
had further news from Pierangelo:
​
Hello,

My restoration project has proceeded a little bit slowly and after almost three years I hope I'll be able to put it on the road before the end of the year. I've finally restored and registered my Ashley 750 sport.
As I'd like to make it part of your register, you'll find enclosed a copy of the vehicle registration document and photo's of the car.
If you have any information about the participation of the 750 to sports events organised in the 1950's in Italy or abroad and maybe some photos about it, please let me know.
I'll remain at your disposal for any questions.

Best regards.
Pierangelo Scaffidi
I hope to see more photo's during 2019 as it seem's Pierangelo
will be entering motoring events with his Ashley 750 Sports.


​please email me on
​
Ashley.Sportiva@yahoo.com.au