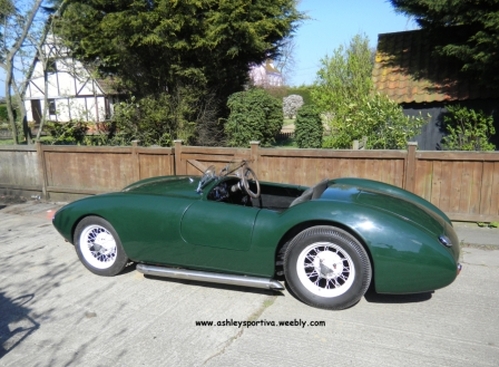 All photo's courtesy of Neal & Nigel

I received an email from Neal and Nigel on the May 5th regards the Ashley 750 shown here.

Their message was as follows:


Hi,
After many years of work and owning this Ashley since 1966 we have finally finished the project, although it was stored for 35 years.

This Ashley started out life with an Austin Seven chassis with a Ford E93A engine and an MG gearbox.
(as shown below in the following 3 photo's) 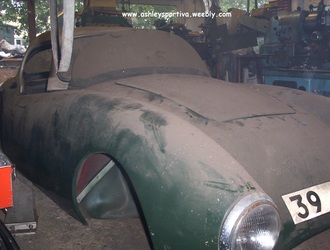 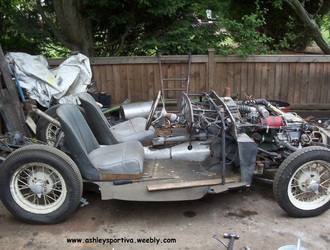 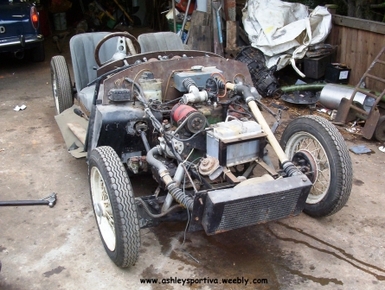 The engine proved to be scrap so we have fitted a Reliant Robin engine and gearbox which we have supercharged and added some other tuning bits.

(As shown in this photo below) 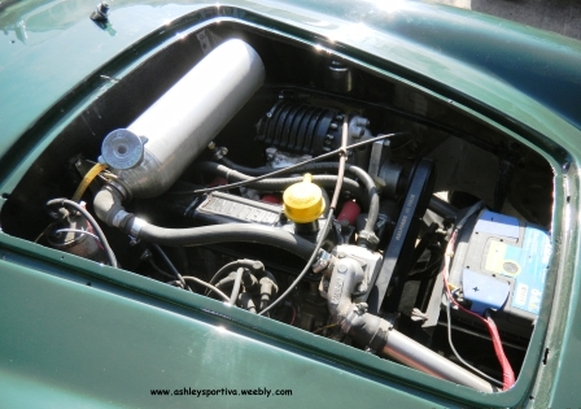 We drove the car round today, fully Taxed and Tested, and it drives superbly. The car is very complete with the original hardtop and the Ashley side windows, although we are using it with the aero screens for the moment.

If you require any more info please contact us, we would like you to add
the car to the register. 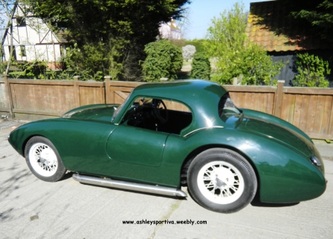 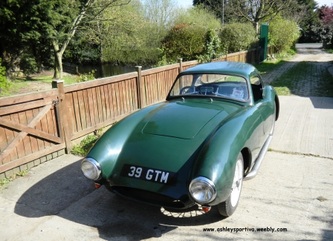 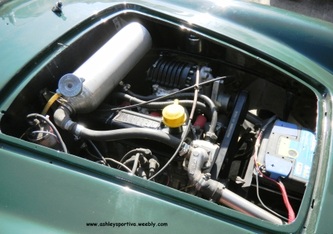 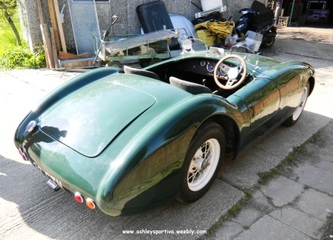 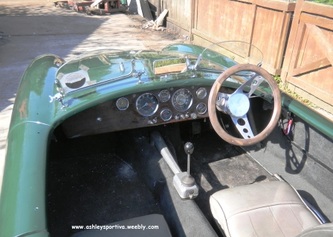 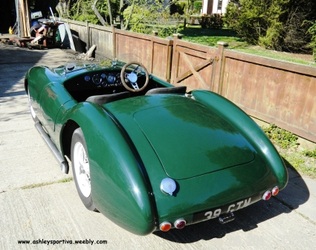 The vehicle details for 39 GTM are:

I did of course reply and have added the car to the Registration Index, the story is very interesting and the longevity of the project is a true test of perseverance and persistence.

The reply email below tells the early history of the car, if the original owner or his relatives read this please contact me as I would like to know more about it and add to this story.

Thanks for your interest on the Ashley, we found your site by searching for info on the net so its working well.

A brief history of the car as we know it, when I was 15 and Neal was just learning to drive my father bought the Ashley from a colleague, it was a rolling chassis and boxes of bits, the story was that it was going to be used as a 750 racer hence the Ford engine and suspension mods, we also have a separate windscreen to 750 race spec.

Apparently the car broke down and was left in a car park in Southend were it was vandalised eventually the council demanded it was removed.
The then owner dismantled it to repair and that was how we got it.

As teenagers we got the rolling chassis going and drove it round, I sprayed the body and was by now in my 20's, I was working as an MOT tester so drove it to work and tested it but on the way home the big ends went so it stood in the lock up.

Neal joined the RAF, over the years we moved and did odd work on it but until I took early retirement a couple of years ago it never got far so I decided it was time it was on the road, the rest as they say is history

I don't have any pics of the final rebuild but attach some of it in its pre reliant form.


My thanks to you both for contacting me, I hope if you get anymore info or go 750 racing that you will keep sending me photo's for this site, enjoy the ride.

September 2016
It was not until then that I emailed Nigel & Neal
as I had noticed the DVLA records indicated that their Ashley
was no longer shown as SORN
but was registered and roadworthy.

Their reply indicated that due to a change in family circumstances they had retired and moved from Clacton-on-sea to Norfolk and had bought a large bungalow on 2 1/2 acres, had built an 80 foot long workshop so they could concentrate on our classic collection
(around 12 cars and two lorries at that time).
​They have also discovered nearby the remains of a Strada sports car,
a car produced by a UK company that was launched in 1969
in Southwold, unfortunately they only produced 4 cars
before going bankrupt in 1972.
They were able to purchase one of these that had been stored away in bits and they are now restoring it,
​
But that's another story.

But back to the Ashley and in their own words:

"Yes we are back on the road, fully restored with it's supercharged Reliant engine and Reliant running gear working brilliantly. It is great fun to drive and has been to a number of shows and rallies this year, when we could fit them in"
​
They also attached a few photo's for me to add to this page,
they show the car parked outside the railway platform at Brockford,
on the Mid-Suffolk Light Railway, this is a private Heritage railway. 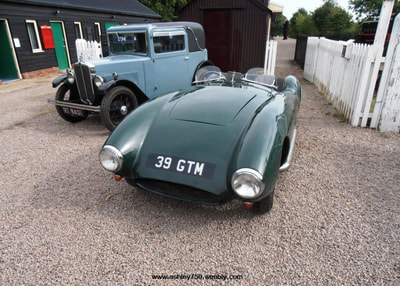 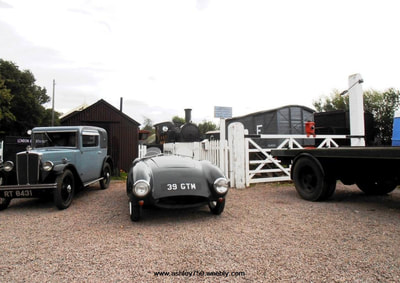 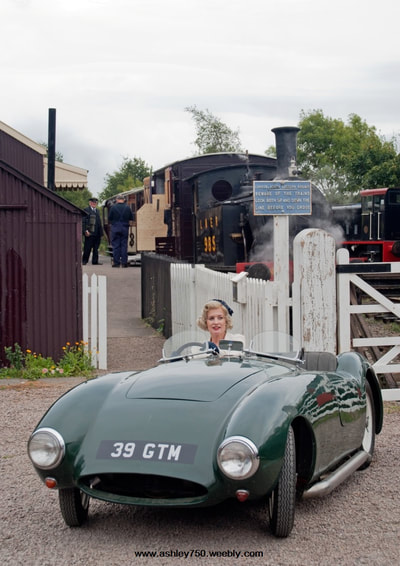 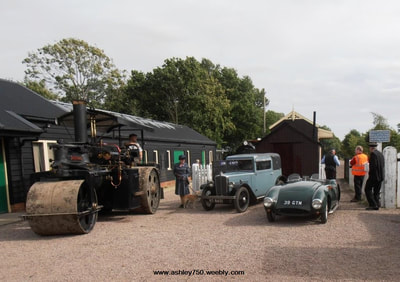 I will keep in contact with Nigel & Neal of course and hopefully
​be able to build up this page with extra news and photo's.

But if you have any new or old information about this
Ashley 750 car
Registration No.
39 GTM
(originally registered by Bedford C. C. between May & July 1962 )
please email me on
Ashley.Sportiva@yahoo.com.au
or
​use the Contact page on this website.