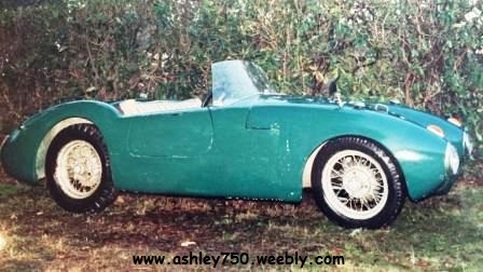 Photo courtesy Richard & the FSCC.
The Ashley shown in the photo above is BMX 756, the Registration No. has been on my Registration Index but without any other details of ownership or identification until

That was when I had an email from James telling me he was the owner of an Ashley 750 with the registration of BMX 756.
He is restoring the car and was having some trouble finding information about the tachometer fitted and was hoping that could point him in the right direction. 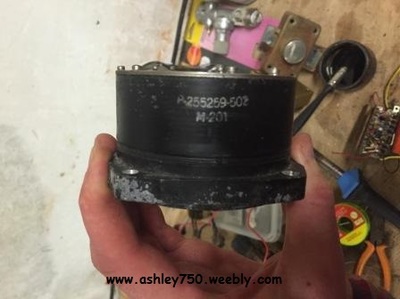 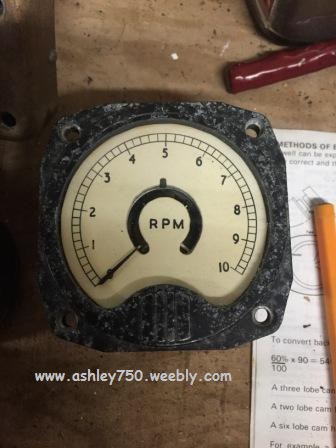 The photo's reminded me of some old engineering gauges but I had no idea of make, operation or what type it might be.

I explained that it could have been fitted anytime in the last 60+ years, as specials were just that, special,
you made them up from what ever you had or could find at the time,
that being in the 1950's or 60's,
or as an add on at anytime since.

I asked if he could supply details of the car and photo's to build up this webpage, as you see he did so.
He told me the following:

From the records I know it, ( the Austin 7 ), was first registered in 1935 and Ashley bodied in 1962. My father bought it in 1977 which is when it received its last MOT.
Since then it was stored in a garage until 2006 when he gave it to me.
It has now been undergoing a constant (but slow) renovation.

It has twin SU carbs, a vented sump and brake drums. I don't know if this was common on Ashley 750's?
I have restored the brakes which are hydraulic with leading/trailing shoes at the front and twin leading at the rear.
I am currently converting the electrics to a 12v system but have been slowed up a bit trying to work out how to keep the 6v lights and gauges.

I repainted it in 2008 but since then the gel coat has cracked which is a shame. This was probably a result of racing it up and down our potholed drive!

Please find attached photos of my car. I have labeled them with the year taken.
The photo's above show the repainted Ashley which also comes
with an Ashley hardtop.

A quick check on the DVLA records revealed thus:

The vehicle details for Austin - BMX 756 are:


No further details of the car came to me until,

It was whilst updating the FSCC Ashley registry to an e-databank that I found a previous contact about this Ashley dating back to
March 1990
from as it turns out Nigel, James's Dad,
he had been advertising the car for sale and had sent a couple of photo's to show the car. 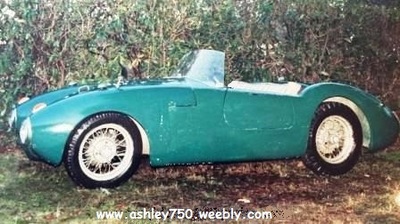 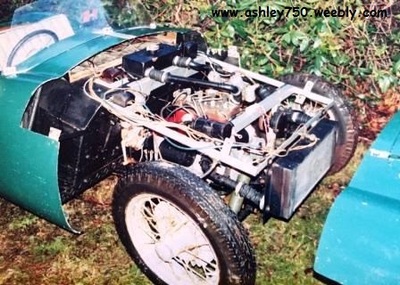 It's interesting to see that the front of the one piece bodyshell had been modified by cutting it into 2 piece's and making it completely removable.
He mentioned that he was about to advertise the car for sale.

Which he appears to have done by June 1990
but obviously he didn't go through with any sale
as he still had it in 2006.
This bring us back to James and his question about the Tachometer,
he found a serial number on the tacho and after googling it
found that it might have been an aviation gauge
made by Roller Smith.
He presumed that after WWII there must have been lots of
redundant old warplanes and that maybe it was off one of them?