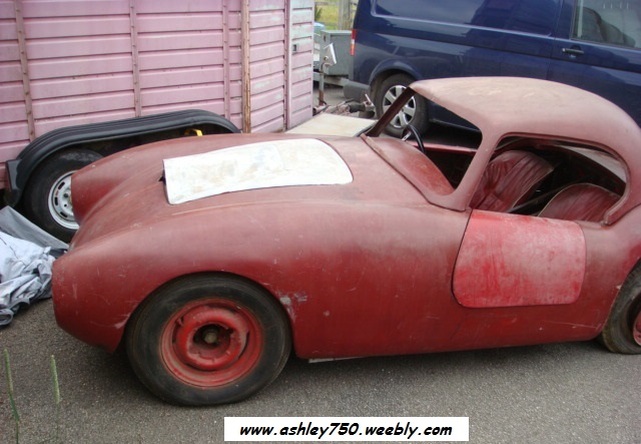 All photo's courtesy of Nick Record


I was contacted by Nick Record way back in July 2009, he asked:

Just wondered if you could shed any light on this (Ashley 750) I think, but not based on an Austin 7 chassis, this has independent rear suspension (Merc rear axle) so I'm told and was based on a 1950 Morris, the chassis has a plate with a number on it but no idea where it came from, just wondered if you know anyone with one of these and if its worth restoring as its very solid, the body is still in gel coat!


I, of course replied that it was worth restoring/rebuilding and that I would like to place it on my website, I sent some Ashley advert photo's of 750's and also mentioned that he might find other Ashley 750's
at the Historic Specials Day 2009 on August 9th
at The Cotswold Wildlife Park, Burford, England
His reply was as shown below. 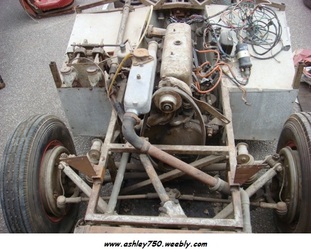 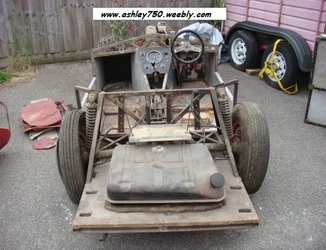 Thanks for the info and pics its all very helpful, I have traced the owner from the 70's but he has lost all the history the previous owner gave him and could not really shed any light on the cars history, I think I will take it to the show in Burford to see if anyone can give me any information on the 750, I would really like to see one in the flesh to work out the
body/dash and general fittings, thanks again for your help. 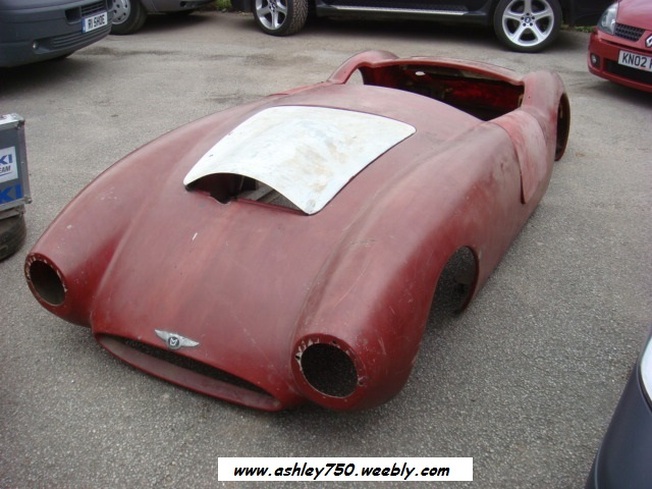 It was shortly after this that I must have misfiled the photo's and emails from Nick, (my system was very unorganised at this time).

However they have been rediscovered at last
and
I am hoping Nick is still on the same email address
and
that the Ashley 750 is complete and running
and
he answers my email.

To find out keep watching this page.

Well the lucky Ashley gnomes must have been looking after me as Nick still had the same email address and also the Ashley 750, it's had a good bit of work done on it since 2009 as he explained:

Nice to hear from you again, well in answer to your question the restoration got well underway, the car was totally stripped to the bare chassis then rebuilt, the engine was checked and found to be like new inside.
I had a set of adjustable suspension made up and a race battery fitted as I was thinking of hill climbing her, the body was painted and fitted to chassis and that really is where it ends, I drove it around the yard sat on a bucket and since then has been in storage, to finish she needs the doors fitting, lights fitting and seats, the guys did a great job on her but I dread to think of the cost.
I've since moved house so she has been put into storage but you never know I might get here finished one day, the problem is registering her on an age related plate and not a q plate.

The Ashley was finished a couple of years ago, we modified the ally tank on the engine and the engine cover now fits flush.

Nick also sent me a few more photo's which show the car under-wraps whilst in storage. 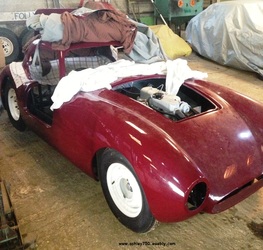 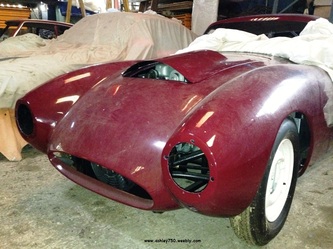 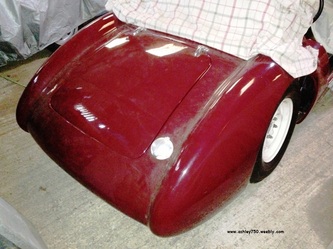 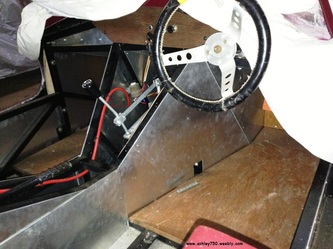 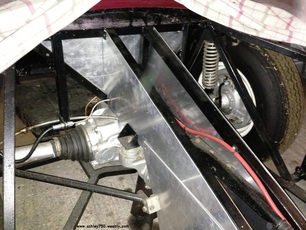 As a restorer myself I know that project's do have to wait their turn as other priorities take over, however I will ensure that I don't let 4 years lapse again and I will await further developments with the cars rebuild and restoration.
Hopefully it will take to the hill climbing circuits in the UK in the not to distant future.

Keep an eye on this page.

If you have any earlier information about this
Ashley 750 car