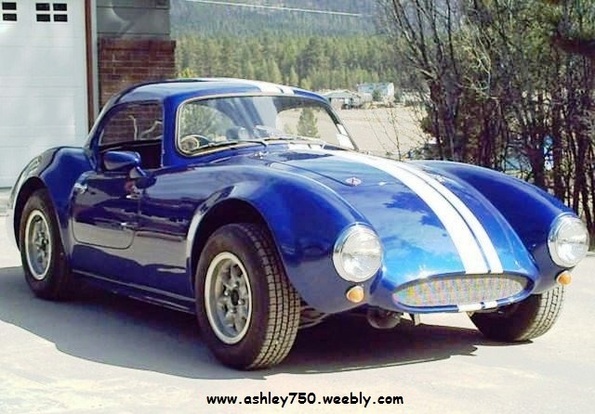 Ashley Cantwell Puma (Ashley 750 Body)
I only discovered this Ashley 750 car at the end of November 2013, it was being displayed on Bringatrailer.com in March 2013 and was up for Auction on eBay.

This car has an Ashley 750 bodyshell that was imported into New Zealand and was part of a small production run of six similar cars
with attached hardtops
produced by Cantwell Cars Ltd. Christchurch, New Zealand
by a local racing driver Frank Cantwell in the late 1950's.

Bob Watson, NZ, drove in a Cantwell Puma against all 3 in the
8th Lady Wigram Trophy on 24th January 1959
unfortunately in a field of 32 he and it was one of 12 that retired with mechanical problems before the end of the race
as did Frank Cantwell in his Tojeiro 3/56/Jaguar. 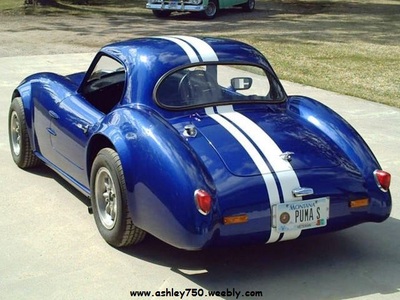 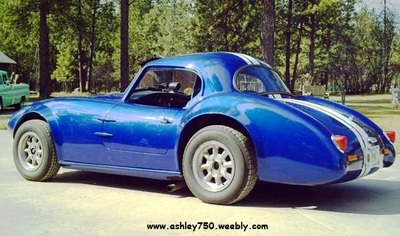 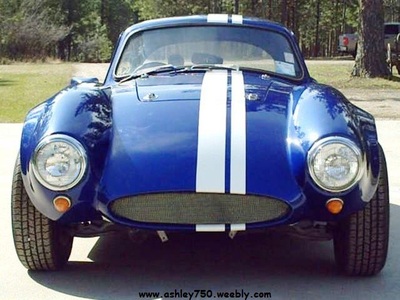 The car shown is now in the USA and has been since 2003,
it is one of 2 survivors of the 6 made, the other presumably is still in New Zealand.

The current surviving Puma Sports, however, is no longer the original car that it was before. According to the surviving car’s owner, a series of engine modifications happened. The latest GT car engine used on the Puma Sports gets it's power from a Ford Cortina with a big Weber and header and mated to manual gearbox with close gear ratios.


The car’s body has been modified from its original state as it now features flared wheel arches for the wider rims and tyres and rocker panels along the sides.

It was professionally repainted four years ago (2009).

The front of the chassis frame has been changed with “modern” suspension installed.
It’s been suggested this is a narrowed MK3 Cortina and it looks like it.
The rear has trailing arms with vertical coil over shocks.

Above text is a composite courtesy of Bringatrailer.com, carbuzz.com, gtdemo.com and myself. 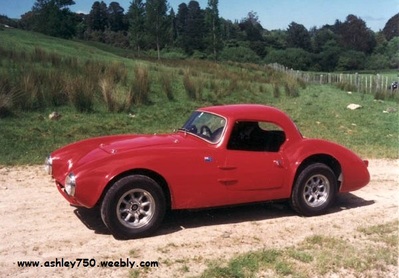 Cantwell Puma Photo courtesy B. Avery & P. Harlow
Before the Puma was taken oversea's to the USA it looked a little different especially the body colour.

This photo shows it in Ashurst, New Zealand before the body modifications.
I hope that the owner might see this webpage on the internet
and would like to contribute further information and photo's

if anyone else knows the owner
and see's this page please let him know about it and contact me.