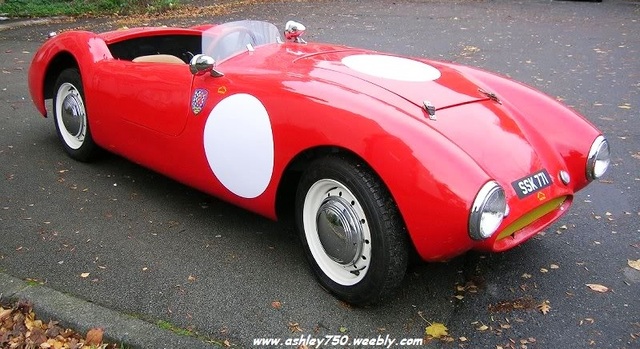 I have been informed by Johannes, the current owner, that this
Ashley 750 has been mounted on a Ford Popular chassis with an 1172cc engine
and is now located located near Frankfurt, Germany, where he has it

Because of a lack of time and space I have decided to sell my
Ashley 750 long chassis (see photo's below).
The car drives but would need some minor work on steering, etc. (seats missing) to get back on the road.
Car comes with English papers.
Offers from enthusiasts above GBP 10,000 are welcome.
Maybe there is an Ashley enthusiast who would like to buy the car and return it to UK.
If interested please contact me directly.
Car Now Sold 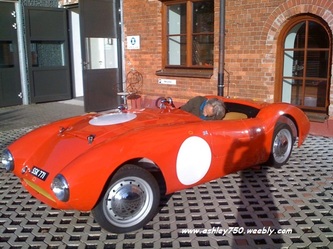 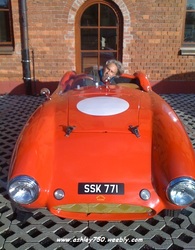 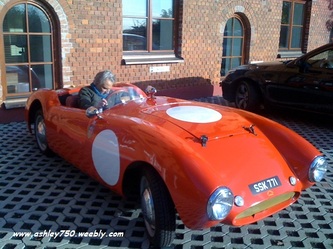 Johannes has provided some more details about the Ashley 750

I have contacted John Sullivan and spoken to him about his time with the Ashley and he was going to get back to me via email but has not as yet done so, unfortunately.

In May this year I bought the Ashley 750 SSK 771 from
Mr Kessler, Once finished I would like to get a German road approval for this car (which might be difficult).

The body has been restored and freshly painted by Patrice Wattine and since he sold the car to Mr Kessler there was not much progress (he has some other projects which is why he sold it).
The engine is also running and I am currently replacing the brakes (fighting to get the rear drum's off).
As it is Ford based spares supply is not a problem via "smallfordspares" in the UK.
New seats from Cobra are waiting but before there is a lot of details on the dash and "passenger area" needing to be sorted out.

From what I can identify the car "Unknown Ashley 750 - No.1" pics, appears to show pictures from the restoration of SSK 771

​​I must congratulate Martin on connecting the two cars,
SSK 771 and the Unidentified Car No.2,
since receiving his email I have gone into my photo's of SSK,
enlarged them and brightened them up to see that he
is correct, same steering wheel,
floor gear change and the black recess on the rear space behind the passenger seat, as shown below,
​well done Martin. 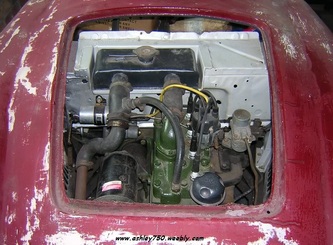 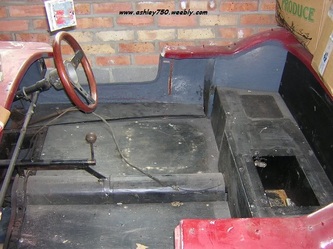 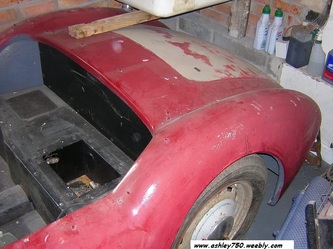 The former French owner Patrice Wattine appears to have been a member of the Fairthorpe Sports Car Club and has it seems a big passion for UK built specials, he has quite a collection of them, alongside the Fairthorpe and Ashley 750 pictured. 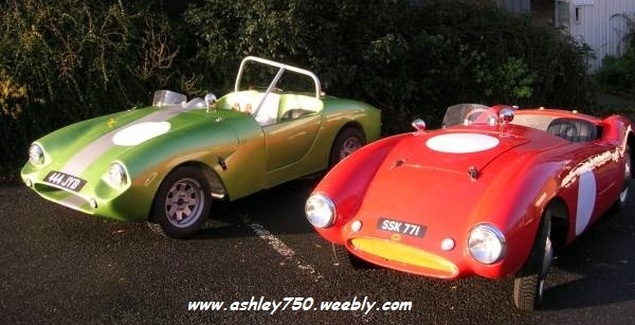 ​These include a Rochdale GT, Rochdale Olympic, Gilbern GT, Tornado Typhoon Hamblin Super two, Ford Falcon MK II, Fairthorpe EB (shell Only), Markam Peasey and on the wall of his office a Microplass Stiletto, Yes, on The wall !!  or so the FSCC photo gallery comment states. 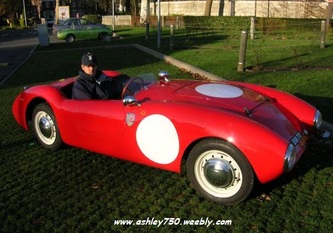 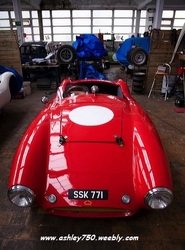 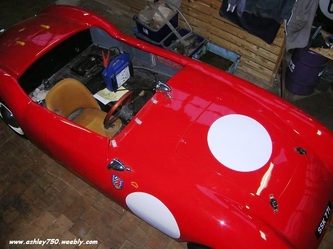 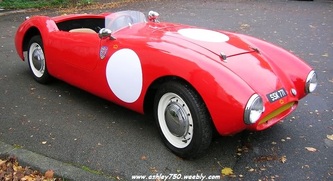 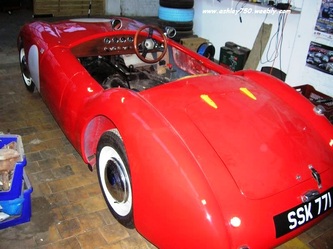 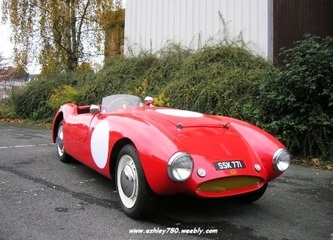 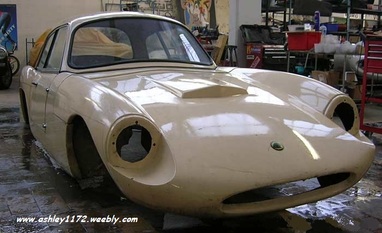 Photo courtesy of www.OldClassicCar
Also from Patrice in 2007/8 to the Old Classic Car site editor was the following letter:

"Hello from France ...
I have a collection of English kit cars from the 50s/60's and my last acquisition is an Ashley 1172 the same as yours with Wolseley 1500cc engine and gearbox. I wish to rebuild this car and some pictures of yours could be help me ! Do you think possible to email me some pictures of it? ... the shell looks as new and never been fitted on a chassis ... The chassis seems to be near to a Bowden chassis, built for 1500cc BMC engine and gearbox (Wolseley)."

After congratulating Martin on his purchase and thanking him for contacting me we agreed to continue with contact and it
was in November 2014 that
he updated me on his progress, which had been a little slow because of his other projects.

Hi Ivor,
I've only made little progress with the Ashley.

So what is the news: the brakes have been refurbished including new cables, the handbrake has been reinstalled, as it is mandatory for German road legal cars.
Fuel line has been removed from the passenger area and is now guided along the left frame.
Then I started to have a look at the electrics as some of the switches were not operating properly - now a complete new scratch build wiring harness is installed including optimisations - front lights changed to H4 versions, see photo's below. 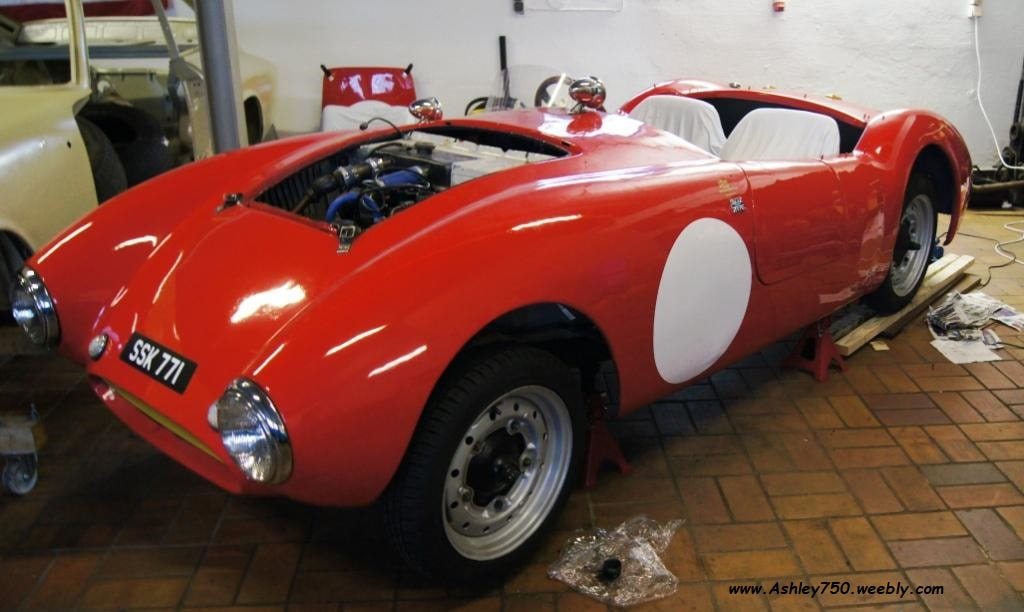 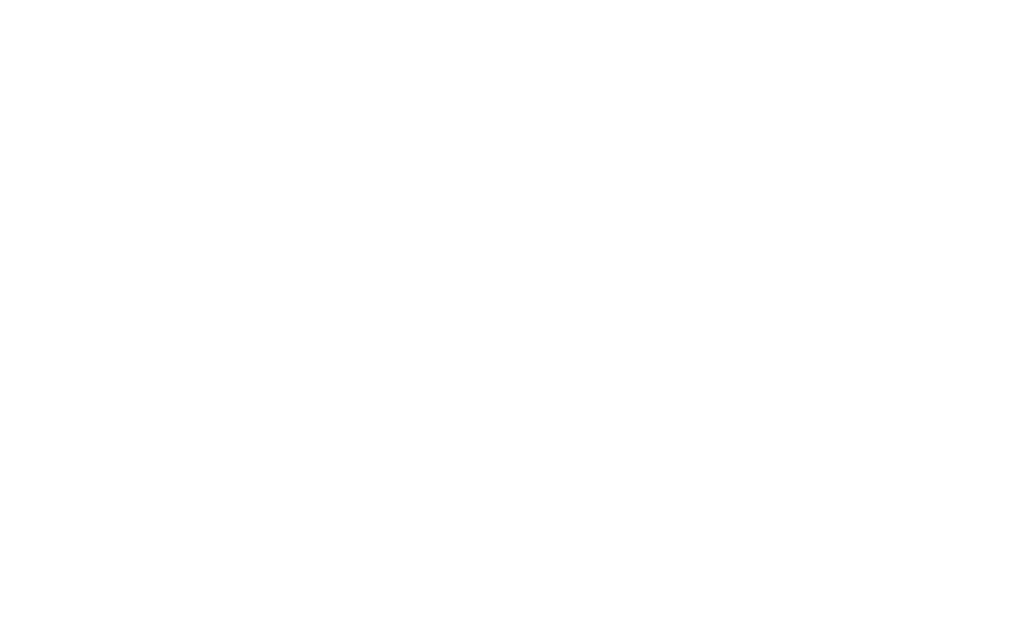 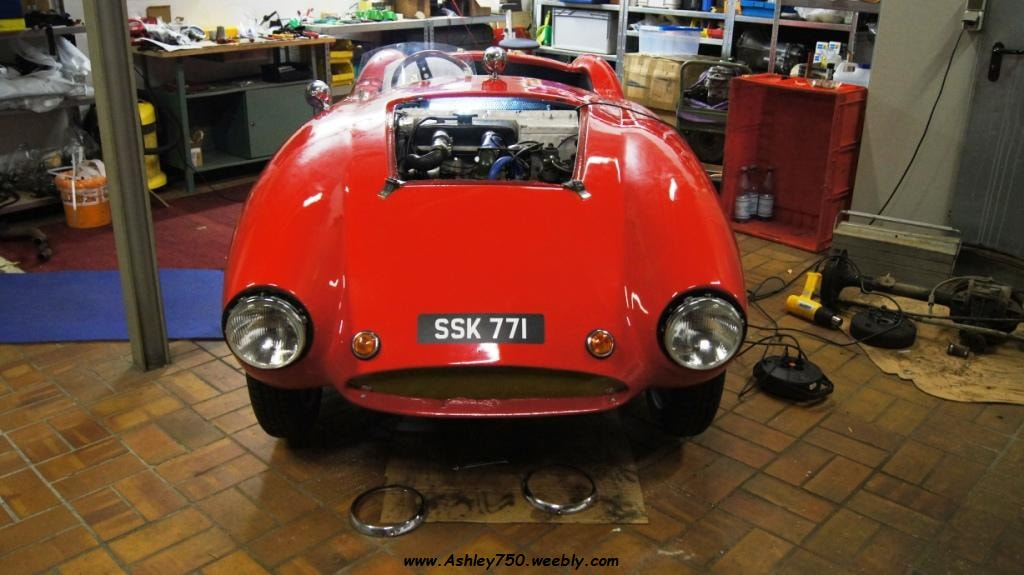 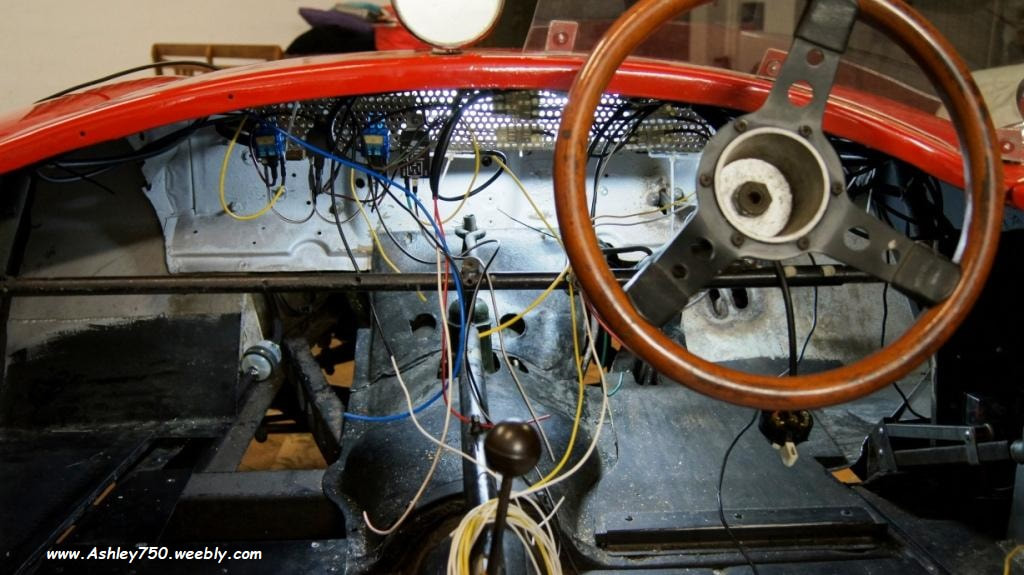 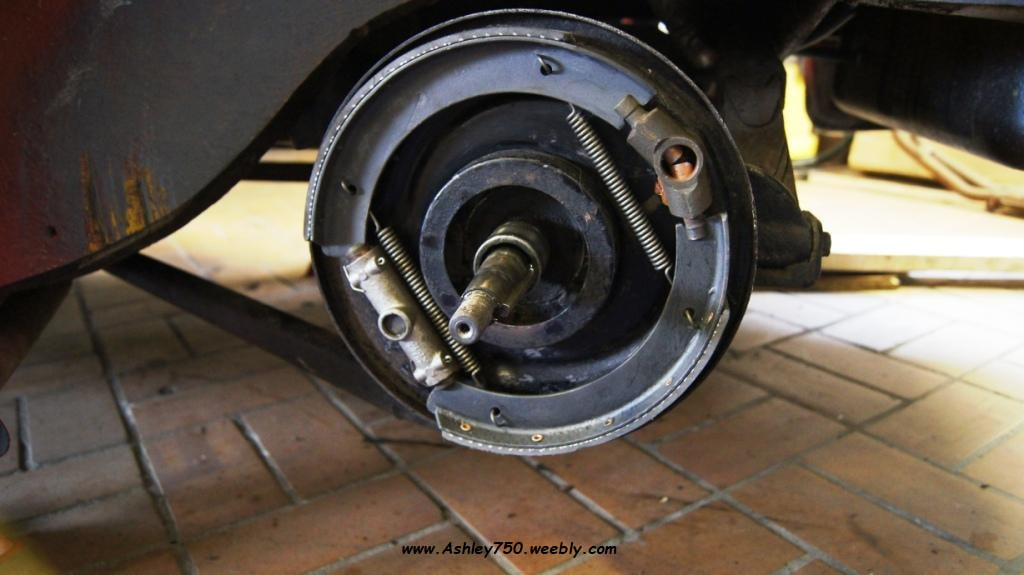 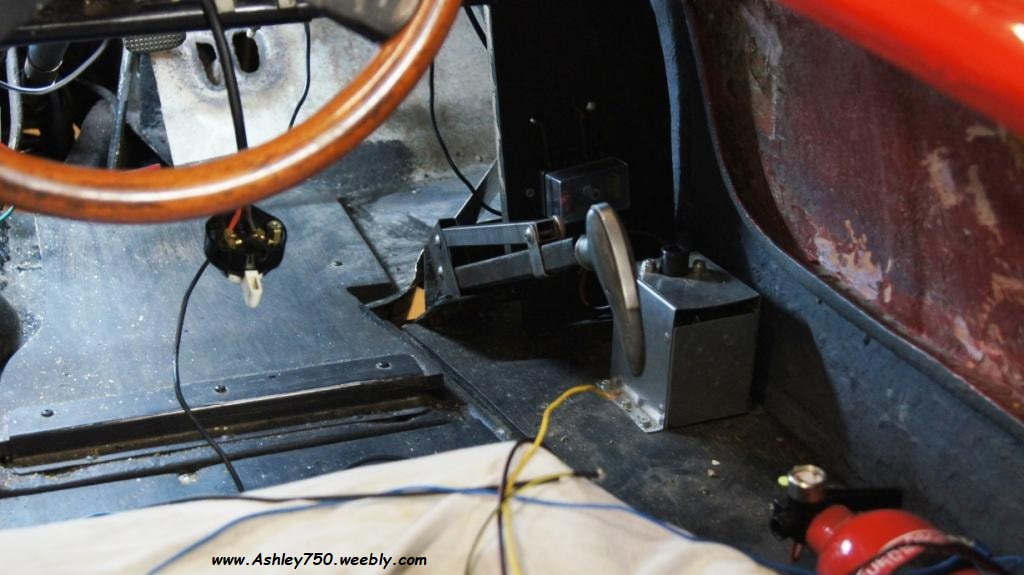 and not until May 2017 that I had a reply,
the following is his message and photo's.
​
Hi Ivor,
It took me more than one year to get the car registered in Germany,
at the end of last year I was finally successful and a few weeks ago I participated the first time in a local classic car event with the Ashley.
​
Attached are some pictures.
Best regards,
Martin 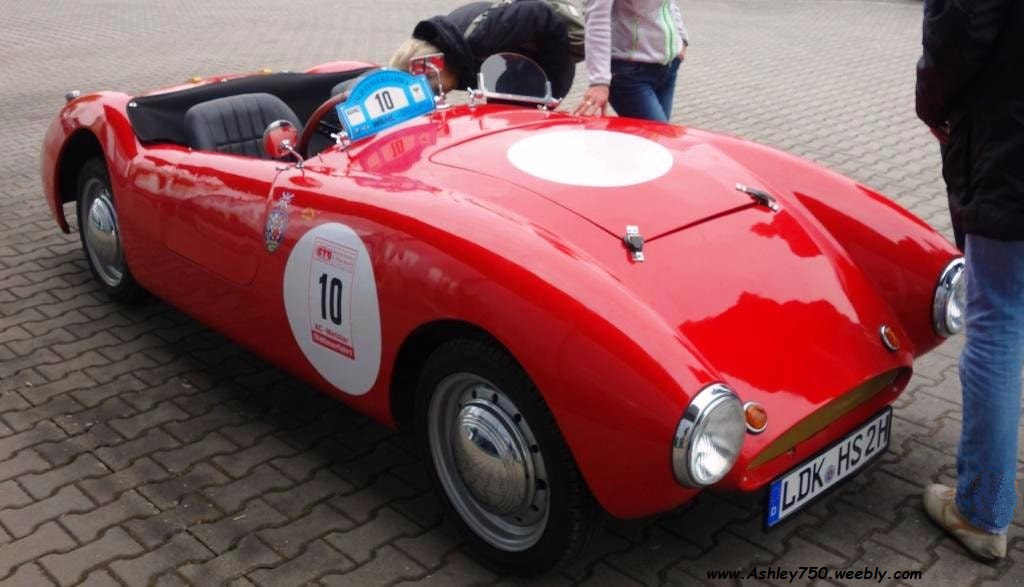 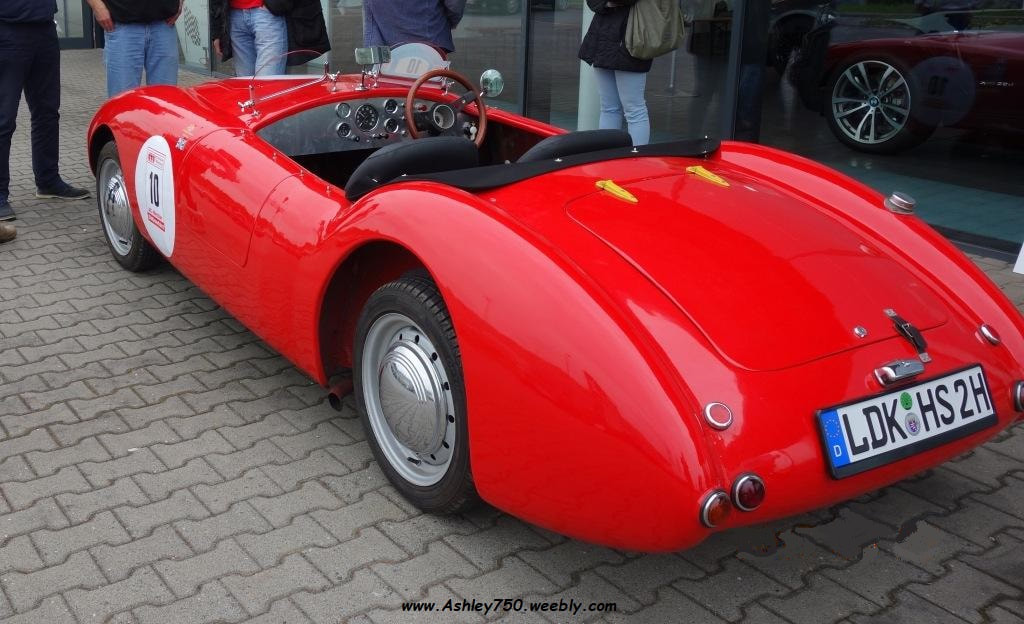 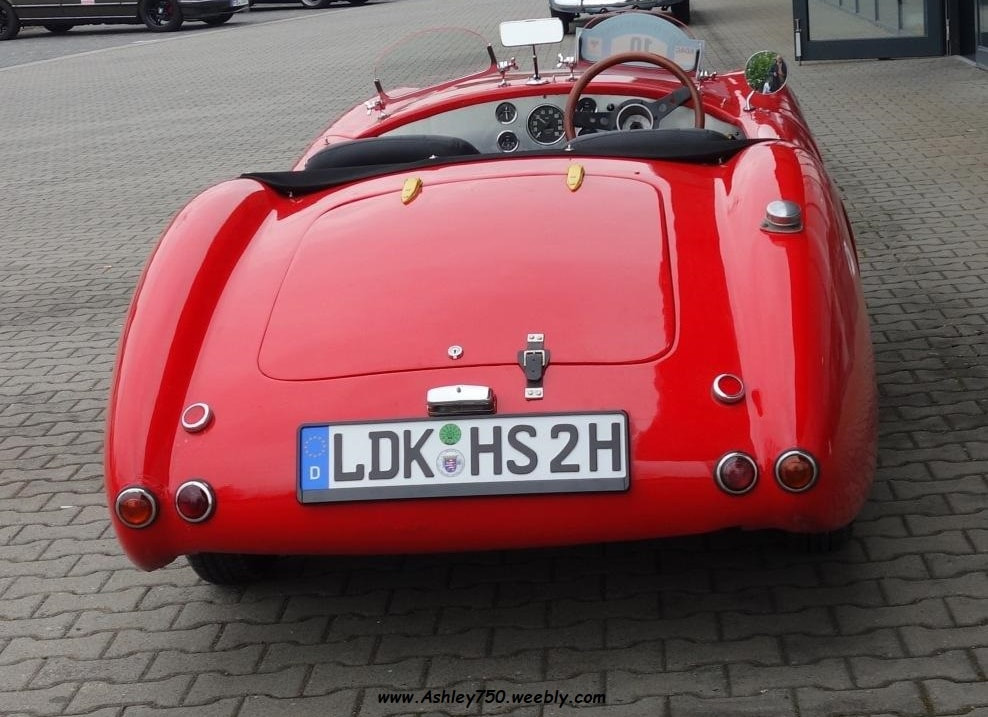 And a couple of days later

Hi Ivor,
The Ashley was the car pictured on the web announcement of the event and there were several people asking the car's history and details.
In the event we came 8th in class, so no award; we had to stop due to some engine overheating, so I have something to improve in the coming weeks.
Anyway it was my first participation in an event and now it is easy to improve next time.

Unfortunately 2 years later and I have neglected to stay in contact since then, time for another
email to track Martin and his Ashley 750 down again.