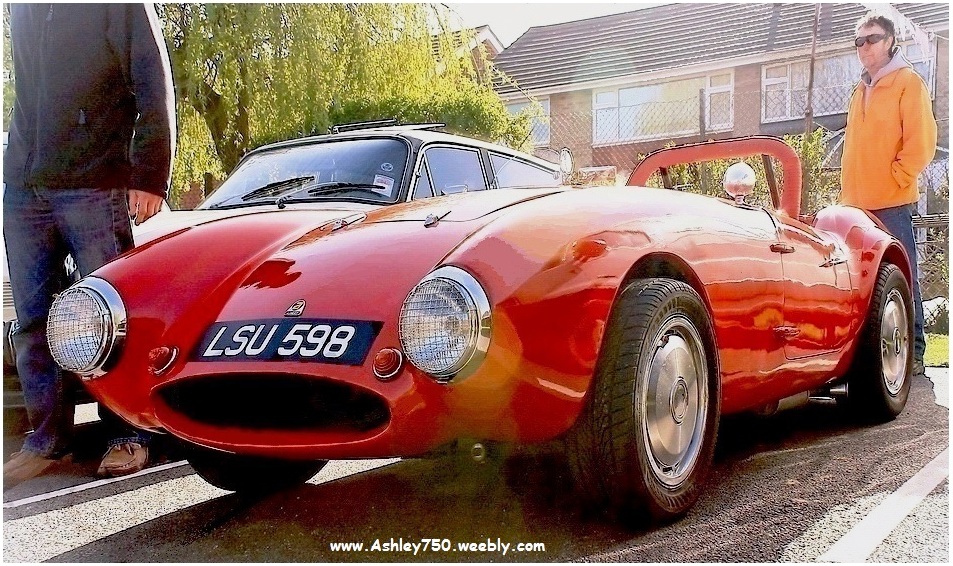 Photo courtesy of Rikki Wolf and Flickr.com
I have known that this car exists for a couple of years now but only from it's registration number and the available DVLA data.

The information I have about the registration showed that it had originally been constructed from a 1933 Austin 7 which was originally registered
at a London C.C. office as ALU 834 in 1959.


I am then assuming that it was layed up/stored away and the registration lost during the DVLA data collection during the late 1970's.

It was then rebuilt in 1988 and re-registered using a DVLA age related SU plate from Kincardine C.C. hence the LSU 598 registration.

The vehicle details for Ashley - LSU 598 are:

at the Havant Academy on Wakefords Way,
which was the starting point for the run and ending at the,
in this case, 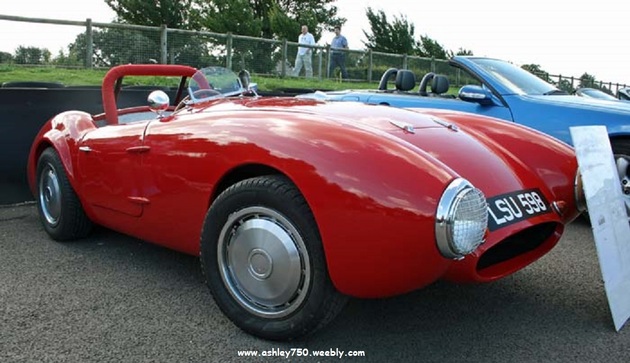 
Two months after writing the above I found these two photo's
on the internet
taken by Roger at the 2009 Goodwood Revival. 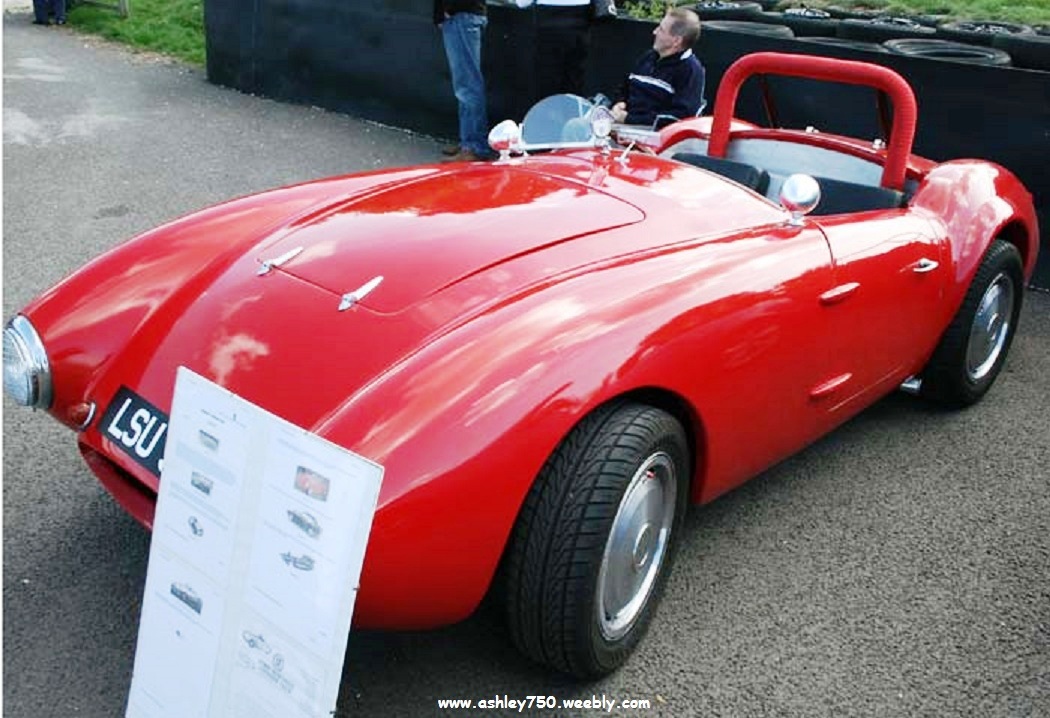 Photo Courtesy of Roger Pennington & scimitarweb.co.uk
Photographically, it's a pity he didn't ask the owner if he
could move the placard whilst he took the photo's,
still I guess I'm lucky he took the photo anyway.

In April 2014 I received a number of emails from David, he had been viewing this website and decided to contact me as he is a keen Austin 7 enthusiast and Ashley 750 owner:

Ivor,
Attached are 6 pictures I took of LSU 598. Looks like these were taken on one of the FSCC Special Day’s at Burford.
Seem to recall that this one had a Reliant engine and the wheels and wider rear axle suggest it is not Austin 7 based.
Regards, David

I have attached David's photo's above and one (the full frontal shot) is from the application for membership to the FSCC from
Howard Cooper back in 1988.

If you are interested in all of David's other photo's and his own
Ashley 750
then
CLICK HERE
In Mid 2014 I found details of Howard Cooper
who was the owner in 1988 through to 1992 that I know of
and he lived in Eastleigh, Hampshire at that time.
​
He provided car details with his membership to the FSCC as follows:

The Ashley bodyshell has been modified to the extent of lengthening the doors and increasing the depth with corresponding lower sill height, (these are now hung on external early MINI hinges),
also flares have been fitted to the rear wheel arches to accommodate the wider (Ford) rear axle.

The chassis is a solid but light structure of large section tube
No. S51536E (source unknown).

The inner wings, bulkhead, floor-pan, back rest and boot are Aluminium with all welded joins.

The front axle is a split Ford, with independent suspension, rack-and-pinion steering with Hillman Imp stub axles, and Ford rear axle, all other components are from 1950/60's.

They have during their ownership replaced the engine with a
Ford 1300cc Crossflow engine and front suspension with
that from an MGB.
​I'm hoping to get more photo's and details from them later.
​