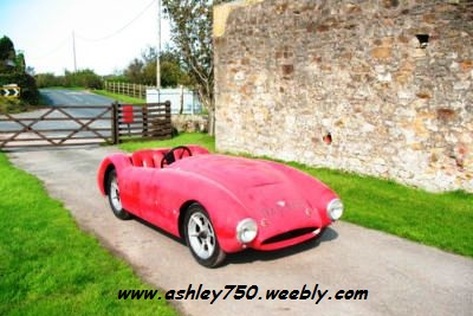 7 Photo's courtesy eBay and 750 owner
I saw this
Ashley 750 on eBay in late
November 2011
after the auction had finished.

restoration, if possible.
The only contact name I had was "s0up_dragon" and it was
advertised on eBay as: 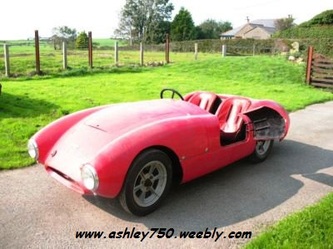 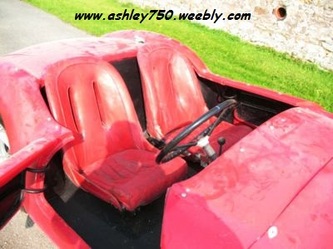 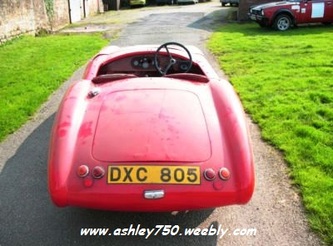 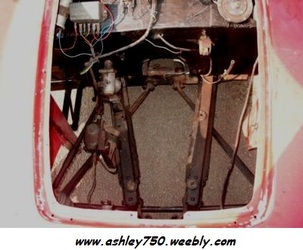 Previous to this in early October 2011 I had been contacted by Nigel, he had sent me this email:

Hi
I've been looking at your website as I have recently acquired
an Ashley 750 and your website came up in my search. 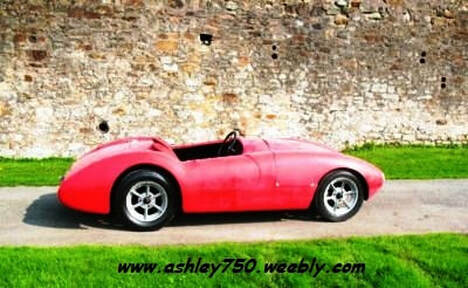 ​It's a great site and full of useful information, I wonder whether you would mind me copying the Ashley Laminates history information
to post in my own site, obviously I will mention you and your site as the source.
Kind regards,
Nigel 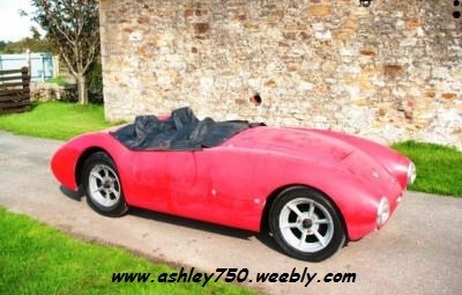 I was very pleased that Nigel had visited this site and found it beneficial, I did agreed to his using the Ashley history as long as he gave the original writers acknowledgement on his site also.

.
It wasn't until early December 2011 that I got a reply from s0up_dragon via eBay regards the Ashley 750 above:

So it turned out that  "s0up_dragon" is Nigel,  it's a small Ashley World.

To see how the restoration on this Ashley 750 is progressing click on the photo above.

I've eventually got back to Nigel to see how the restoration is progressing. 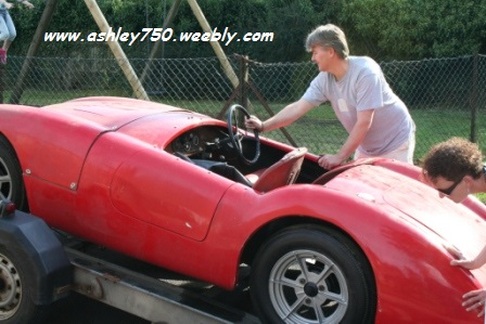 Well, I recently obtained some photo's from Nigel of the Ashley once picked up and at his place.


We both realised at about the same time that his Ashley 750 is different to all others that we had seen in photo's/adverts in as much that his has a bonnet that tilts forward as with the Ashley 1172's and Sportiva, as well as having a engine hatch on the top.

Not a standard feature but one that provides much easier access to the engine compartment. Has anyone seen this on an Ashley 750 before ?

The following photo's are also courtesy of Nigel, sent at the same time as the one above, plus one or two from his website.

Nigel found some time to work on his car in September and this is part of how it went:

"I managed two days on the car this windy rainy weekend and went equipped with a selection of parts with the intention of connecting up the fuel, cooling system and to make further progress with the electrical system.

So I managed to connect most of the cooling system up but I'm missing a couple of bits to finish it off; designing this in your head when you have 4 different pipe sizes doesn't quite work (yes I know I couldn't have made it more complicated if I tried) it's only when you start to assemble that you find out what you really need.  Oh well parts are now on order".

Well it was in October 2014 that I next heard
about DXC 805 when I had an email from Nigel:

Hi Ivor
Interestingly, I have been contacted by the previous owner who had this to say....

Hi,
I owned DXC 803 in 1976, at the age of 16.
The chassis came out from under a hedge in Cornwall, the body was bought for £30 from the seven workshop the wheels cost £30 at auto-jumble and engine was bought for £30.
The body came with a rusty chassis which was scrapped, the chassis I fitted had been fitted with an Ashley body in the early 1960's.
I never completed the car and sold it in 1984 for £400.
The front suspension is not Speedex it is Bowdenex
The petrol tank is from an MG Y type.
I sold the car with its original Ashley Windscreen and its original hardtop.
Richard Butterworth.
​
It was shortly after in February 2015 that I was notified
by Steven Moffat that he had purchased Ashley 750 - DXC 805
on an ebay auction in October 2014, then later in the month a
couple of emails:
​
Well Ivor,
We’ve picked her up.
Interesting news is we’ve got a documentary team following the re-build and attempt to race her at Goodwood in 2016, you can follow progress here:

Will pop out some pics later today for you, feel free to tell mention the build and detail the link above to all interested. 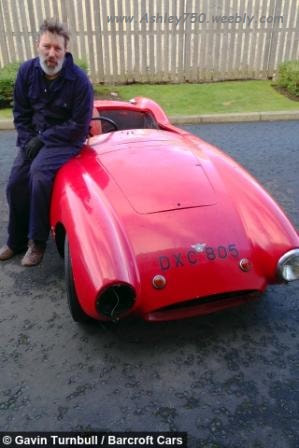 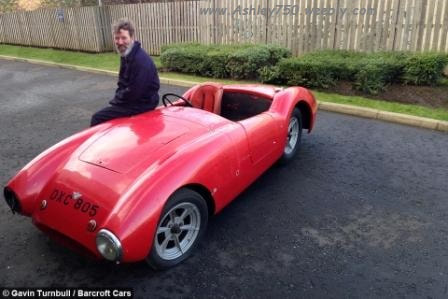 All going well, we’ve ripped the girl to pieces already - got some great photo's etc, I'm also really keen to meet up and get a good look at a couple of Ashley's ?
Do you know of any near Edinburgh with the contact details or can you introduce me ?
I'm also very keen to make contact with the owner of LEL 535 Stefano in Italy, we’d like to pop over and film her possibly.
Finally any movement on roof / windscreen ? I need to put a post out for such  beast.
So thanks again speak soon no doubt. 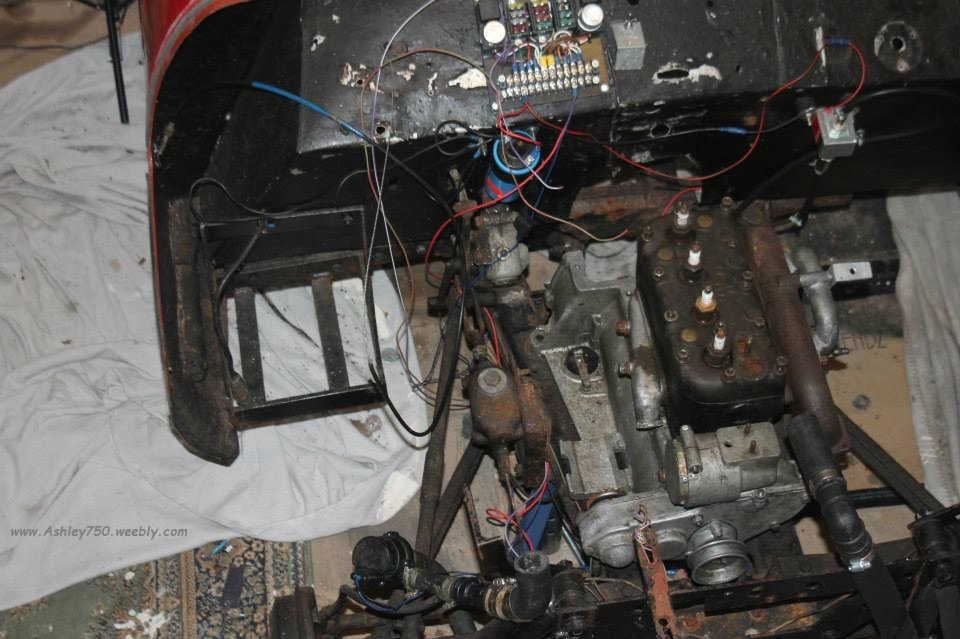 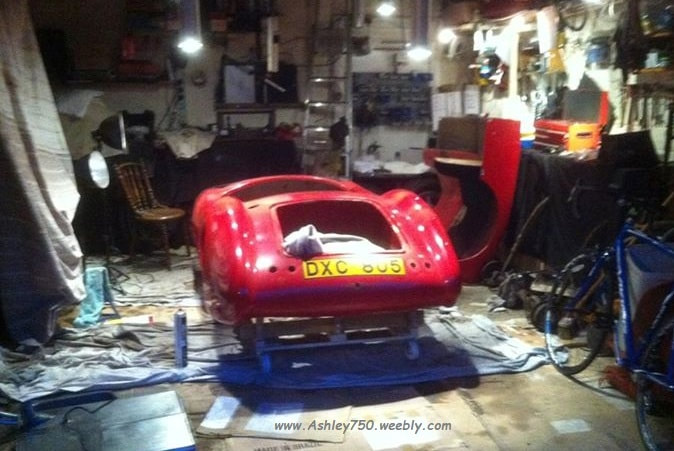 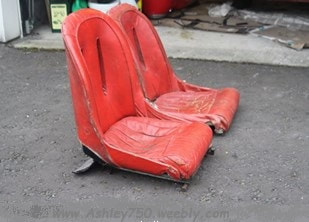 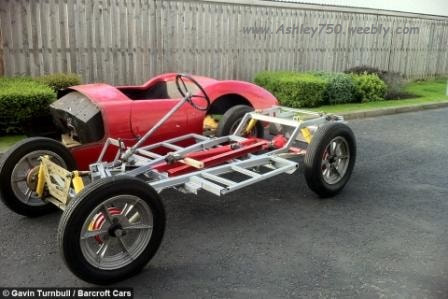 One year later in December 2015 I received an
email myself from Richard Butterworth to say:

Hi,
I used to own this car from 1976 to 1984,
It is made up from two different Ashley Specials, the Chassis that is on the car at the moment came out of a Cornish field minus the Ashley body but it still had the front steel hoop over the scuttle.
The current body came from the Seven Workshop with a chassis but no axles, it included the hardtop and a windscreen which would only fit the body without the hardtop, the hardtop had an integral windscreen and rear screen, the original body gelcoat colour was white.
The chassis attached to the body was in poor condition and was scrapped.
I rebuilt the chassis (from the field) replacing all the suspension bushes, brake pipes, master cylinder & wheel cylinders.
The front suspension is Bowdenex and I fitted new shock absorbers as well.
The Radiator looks like the same one which was on the chassis that came out of the field,
it should have a coin soldered onto one of the fittings which would have been for a sensor.
The fuel tank is from an MG Y type.
The only time I drove the car was at the 1982 Longbridge Austin Seven Rally as it was in a field.
The Speedex Wheels were bought at this Rally from the Autojumble and cost me £30.
The engine had a Speedex head and exhaust manifold, big valves and Jack French camshaft again at a cost of £30. The engine in it now is too old for the vehicle !
The front of the car had been cut before I bought it, I made the flange and fitted the Dzus fasteners to the front to enable complete removal for major work, leaving the bonnet opening for routine work.
The car is  recognisable as my old one, I was the first registered keeper on the V5 having transferred from the buff logbook.
I never managed to finish the car and sold it after I got married.
The person I sold it to painted it red.
I saw it advertised in Autotrader for £800 in 1984. It actually was running with an Mot at that time.
Do not read too much into any history of the registration number, I was informed that the registration number came from an Austin Seven, that original DXC 805 was exported to Holland in the 1970's as a complete working car sold from Plymouth.
The original Logbook didn't have a chassis number only an APE car number.
So it was turned into the Ashley Special by informing DVLA that the body had rusted away and it was replaced by the Ashley body and giving the chassis and engine number from the Special.
The Police came and checked all the details which matched the information I had given them !
I should have some photos of The Ashley Special somewhere in the loft.
Neither chassis had registration documents so DXC 805 has no connection with either donor vehicle.

​
At about the same time Steven sent another email:

DXC 805 has made slow progress over the last 2-3 Months as work commitments took most of my time.
I’m hoping December and January to make good headway again, sadly having a terrible time trying to get the head to seal to the block and she now needs to be stripped right back, with block and head skimmed and helli-coils in most of the studs !
Well whatever she needs she gets I guess !

​Since then I have not heard from Steven and his Facebook page,
https://www.facebook.com/ashley750special

has not been updated since October 2017 so I'm not sure if the project has been put on hold or sold off, will keep a eye on the the facebook page for updates.

Registration No.
DXC 805
(originally registered at London C.C)
please email me on