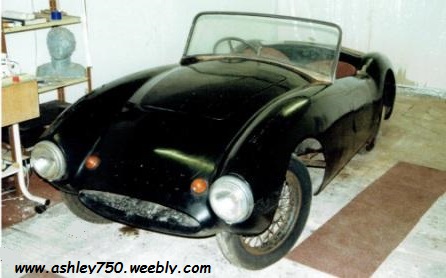 I had not known of this Ashley 750 previously and these were the first photo's I had seen of it. 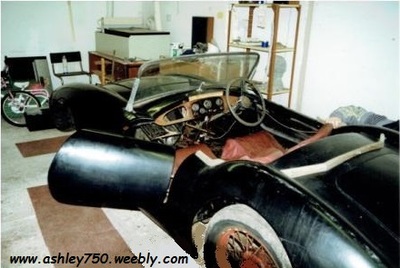 The workshop appears to be very clean and tidy so probably not the original builders premises.


The original Austin 7 donor car
​Registration No.
BG 4064     came from the Birkenhead/Liverpool area.

I have not found any Current DLVA Registration Information so must assume it is know longer registered,
I guess it might be in someone's backyard or old barn,
but more likely scrapped,
so if anyone remembers it send me an email and let me know
so I can add it here for all to see.

I do know that it was purchased around
June 1999
by Phil Bloomfield from the Bristol area and that it was all constructed from the Austin 7, using the chassis, running gear and wheels,
but at the time of purchase it was a non runner and may therefore
have been re-registered under a different Registration Number.

It was at the beginning of February 2015 that I was contacted by
Bryan, an Austin 7 enthusiast, he had seen these Ashley websites
and had some original 1960's "Motor Sport" magazines
that contained "Ashley" adverts
and he thought I might like scanned copies which I did
and will get around to adding to the websites soon.

It was not until October that he sent a new email with the
six photo's of
the Ashley 750 shown below
which turned out to be BG 4064.

Each picture had a modified date of December 2006, we do not know if this is the date that the pictures were originally taken or not. 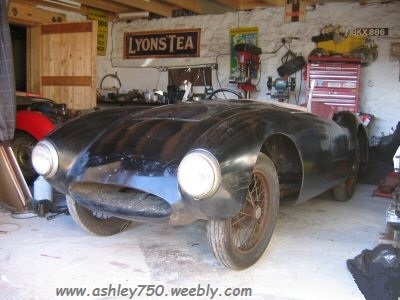 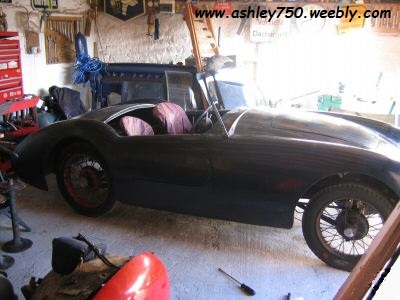 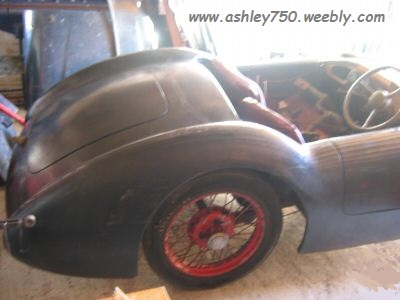 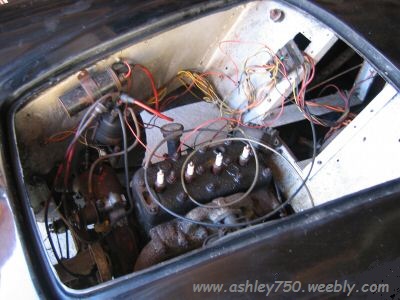 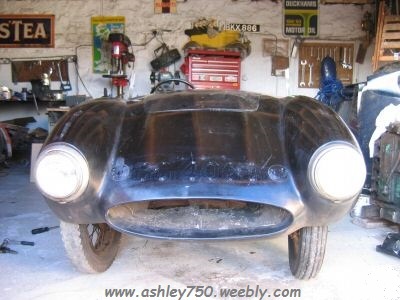 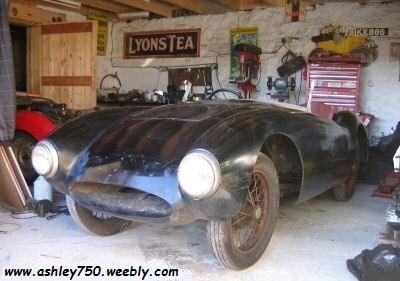 Bryan had found these photos on his PC recorded as Reg. No. BG 4064.
and thought that they came from an ebay auction advert in 2014,
other than that he had no other details unfortunately.

I you know more about the car or if maybe you were the ebay Seller,
then please get in contact with me and tell me more
so that I can add it here.
Thanks


If you owned or have any information about this
Austin Ashley 750 car
Registration No.
BG 4064
(Donor car originally registered by Birkenhead County Borough Council
in 1936)
please email me on

As I would like to have more information about the car and make contact with any owners.